Fake news from the mainstream media about 1.5 million at London Pride 2019

Mainstream news outlets that regularly point the finger and condemn others for "fake news" have given credibility to a ludicrous claimed attendance figure of 1.5m people at London Pride 2019. This includes the BBC, Guardian, Independent, ITV, Telegraph and many others.

The parade route was from Portland Place almost to the Embankment. 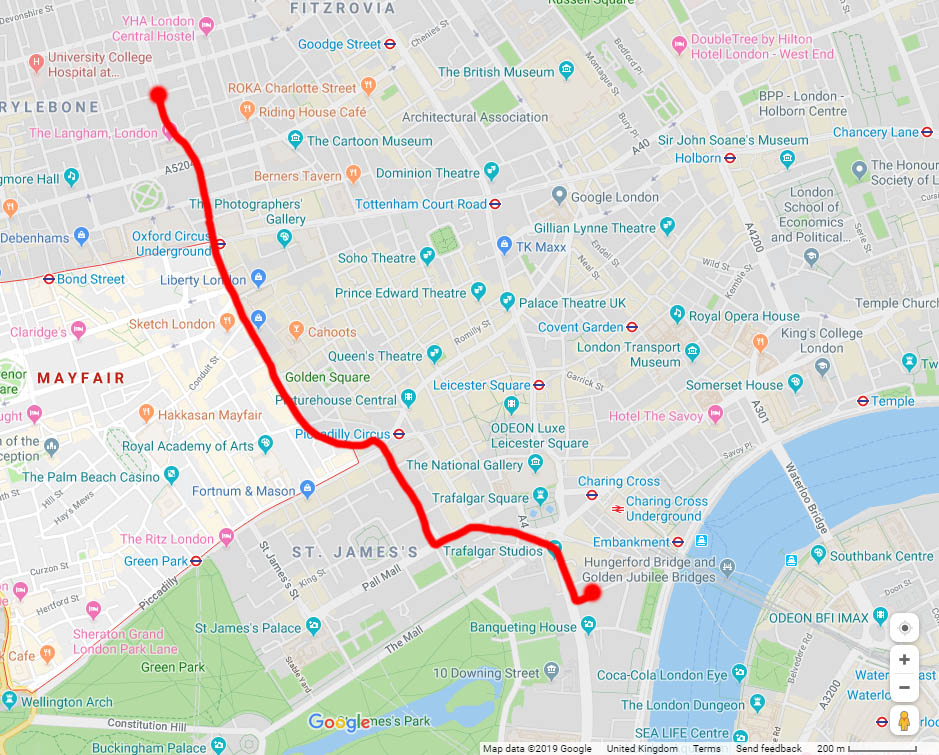 Measured on a map the route is approximately 1,700 metres long. Fitting a reasonable 20 spectators into each one metre strip of road and pavement across the street, along the entire route, we reach a total crowd of just 34,000 people. A rough calculation, but you get the picture... Even if the same number were in ajoining streets and not on the parade route it is still only 68,000 not 1,500,000.

"Up to 1.5 million people have been on the streets of London for the Pride parade," is the first paragraph in a BBC article. Further down the journalist states "it is hard to say whether that estimate is accurate". But on the contrary, using just Google Maps and a ruler, it's easy to show that the 1.5m number is both physically impossible and beyond belief.

In what sense is someone "on the streets of London for the Pride parade" if they don't actually see the parade?

This is a subtle way for the mainstream media to publish false information ("fake news") about politically correct causes they favour, without taking journalistic responsibility for it.

The Guardian told FactsMCR "the 1.5m figure was clearly stated as a prediction from the organisers on each occasion it was mentioned. It was also made clear that at the time of writing this live blog 'attendance numbers were still to be confirmed'. I don't therefore think any correction is needed."

But when will the attendance numbers "be confirmed"? Now the event is over here is our "prediction": never. Leaving the false information in articles to mislead readers for many years to come...

Press release propaganda from organisers who often have every reason to exaggerate isn't "news" and publishing it isn't "journalism".

Most of us campaigning as FactsMCR are L, G, B or T. That doesn't mean we want to see misinformation published about gay events. It makes us look corrupt and dishonest. Meanwhile dodgy politicians may divert funding from elsewhere to support these supposedly huge events and justify doing so based on a falsehood.