What's missing from the Manchester Pride poster in 2007? 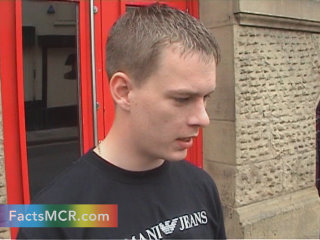 In 2007 Manchester Pride claimed there wasn't space on the poster for the words lesbian, gay, bi and trans. We went down to the gay village to ask people whether they believed this or thought it was complete BS...